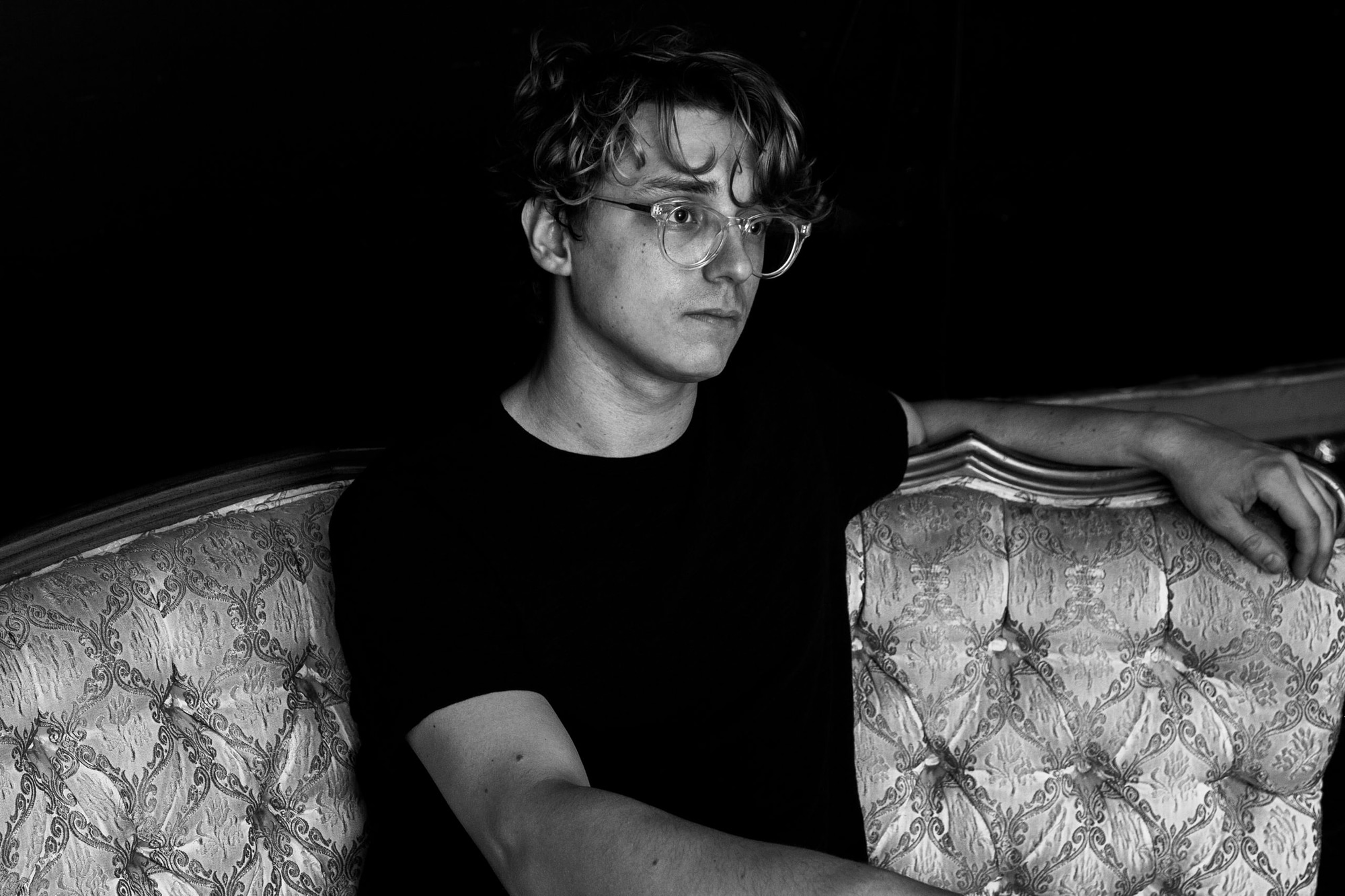 Elliot Moss today shared his hypnotic new single “I Heard” alongside its cinematic video. Filmed over six days during quarantine in Moss’ New York home, the making of the clip was a remarkable feat: director Matt Genesis supervised the entire shoot from Minne3apolis over video calls, controlling the cameras by remote control, and Moss—with an assist from his father—handling all the gear onsite. The impressive result is a painstakingly crafted, surrealist look at life inside.

“‘I Heard’ is about being trapped by the idea of happiness. That there’s always something better for you, but you don’t know how to get it. Or can’t get it right now,” explains Moss. “I thought the song was done and we even had a video in the works. But as quarantine started up, being physically trapped squeezed out the last of the idea, sort of the final straw. Something about longing for the things that I didn’t realize were making me happy helped me to recalibrate what life might feel like when it returns to normal.”

Genesis details further: “We wanted to figure out a way to make this to the best of our abilities, not just the best for the circumstance. It wouldn’t have been as creatively fulfilling if we didn’t approach the project in the way that we did. That meant mailing a serious amount of gear, learning new skills, and not letting a problem get in the way of our enthusiasm. I think one of the most impressive aspects was how Elliot and his father stepped up and learned new skills on the fly in order to make this happen. We had to fully develop every shot and articulate every detail in order to get the result we were looking for. This meant 120-plus storyboards and taking photos of every frame beforehand so we could problem solve and get on the same page.”

After a lengthy hiatus between the release of 2017’s Boomerang and A Change In Diet, Elliot has remained incredibly busy throughout 2020.  The new single & video follow both ACID and the Live Blackbox Recordings, released earlier this year. Expect even more new music later this fall.