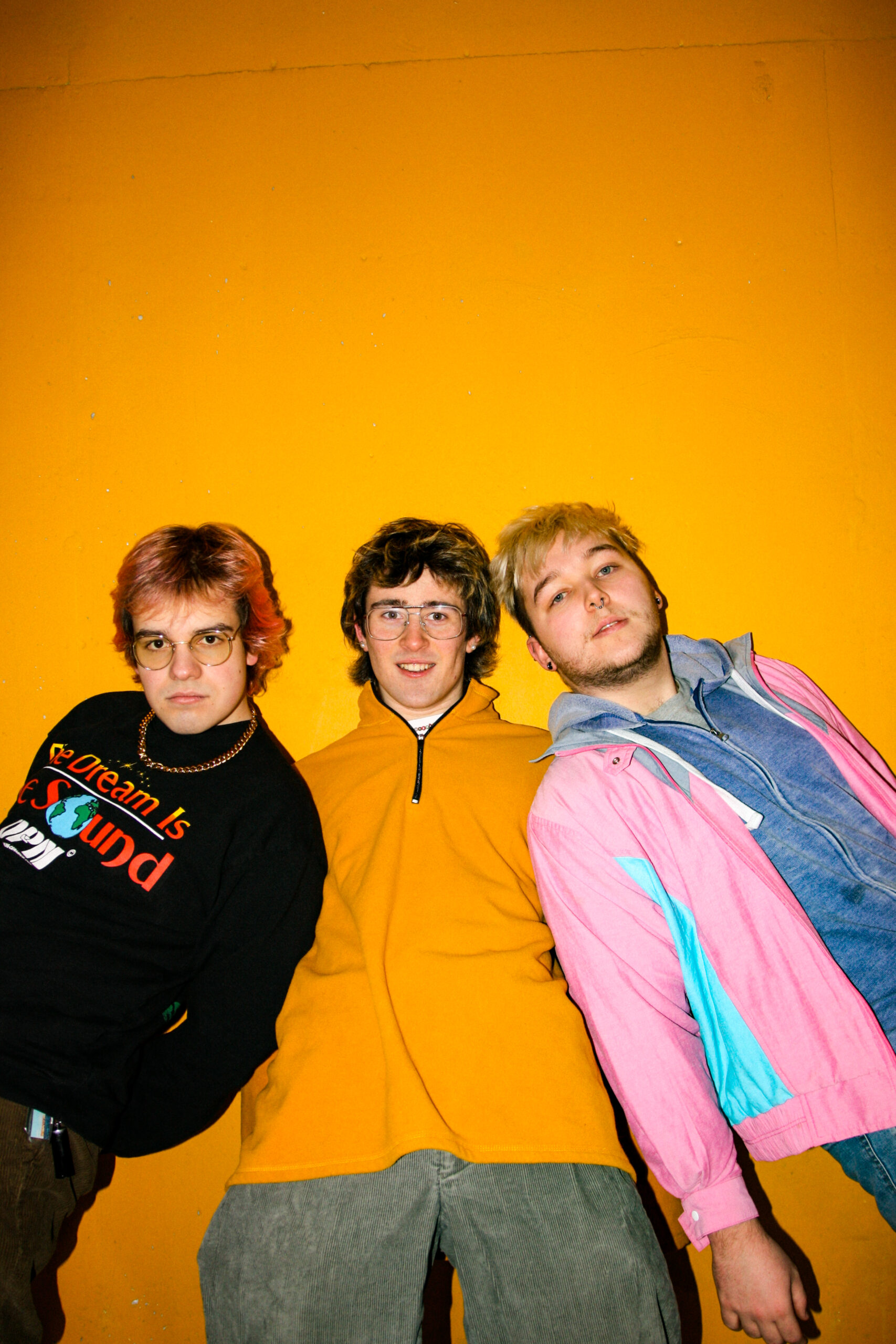 dad sports announce debut EP, I AM JUST A BOY LEAVE ME ALONE !!!

Some all-caps BIG dad sports news: the Ottawa trio’s debut EP, I AM JUST A BOY LEAVE ME ALONE !!!, is coming March 19th. The EP will be available digitally (pre-save it!) or on cassette (pre-order it!).

This big news is paired with a celebratory single & music video for the song “nrvs again,” directed by the very talented Noah Keckler, who you’ll remember for being at the helm of the band’s “name & place” clip. The pandemic-themed music video is a ride through the ups and downs of quarantine life with the protagonist recalling the ways we’ve had to find joy in our new paradigm. Meanwhile, “nrvs again” is a testament to the rapid growth of the band since their debut singles in 2019 and lead singer/songwriter Miguel Plante’s skill. The new track was recorded, engineered and mixed by Plante himself, with dad sports’ signature electronic drums and emo-inspired vocals combined in a potent, catchy and endearing ode to overcoming self-doubt.

On I AM JUST A BOY LEAVE ME ALONE !!!, dad sports have leveled up, honing the lo-fi sound of their previous singles into a cohesive EP with a palpable joie-de-vivre that melds jangle-pop, electro, emo and indie-pop.  The new EP includes previously released singles “out 4 a breather”, “gf haircut” and “name & place”, which were lauded by Stereogum, FADER and Paste Magazine. Speaking to the new single Plante says;

“I wrote the chorus for this song 2018, before dad sports was even a thing. I had just met Keith, Alex had just picked up the bass, and I was just beginning to write music. I was still finding myself as an artist and was pretty (nrvs) about what others would think of my songs. These insecurities are what shaped the lyrics. For the next few years, we re-wrote the song over and over and over until we were finally happy with it. To us, the lyrics and the long songwriting process represent the time we spent learning how to do the whole music thing together. I realized that you’re always gonna be insecure in some way about your art, but that’s just part of the process of improving 🙂 🙂 Also I have Alex and Keith to tell me if my lyrics are shit now LOL.”

You can get a copy now with a very limited edition run of I AM JUST A BOY inspired earrings courtesy of Sam Makes Things  over on Bandcamp while supplies last. 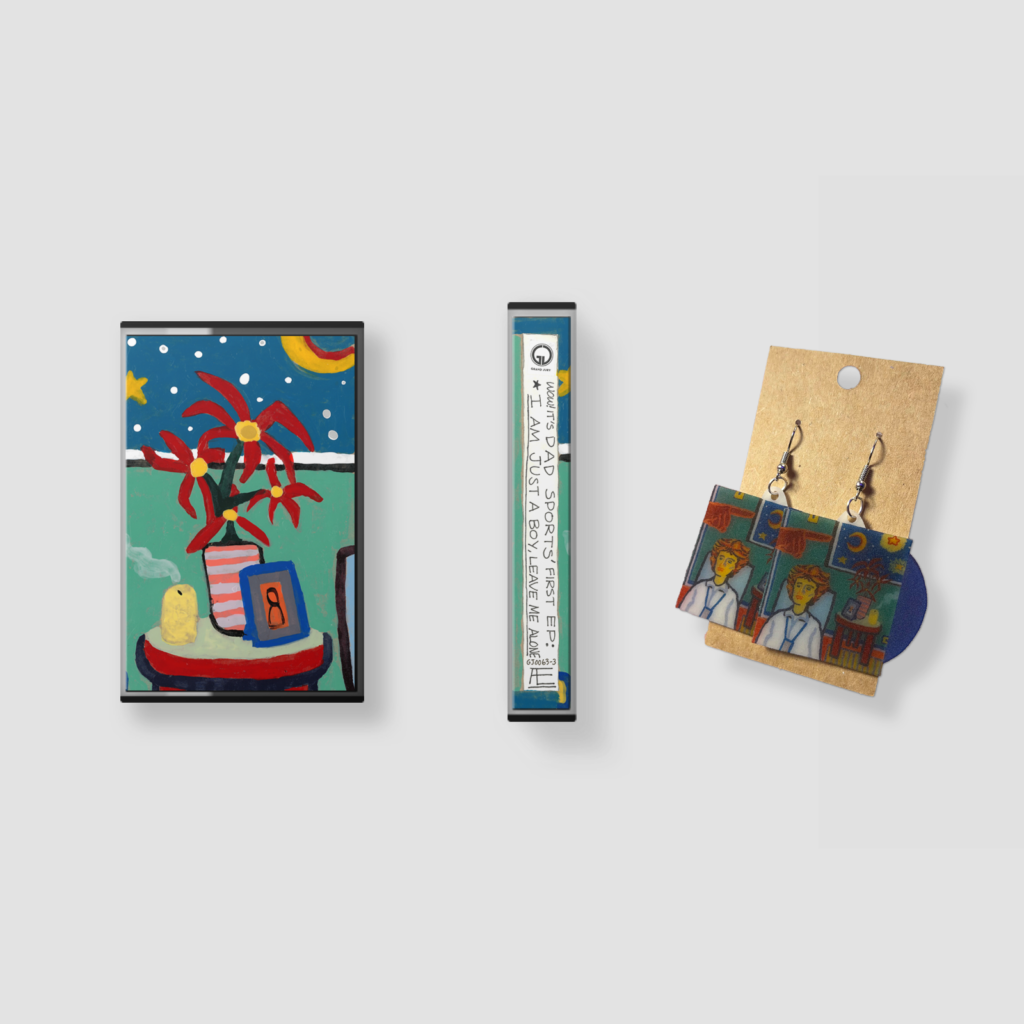 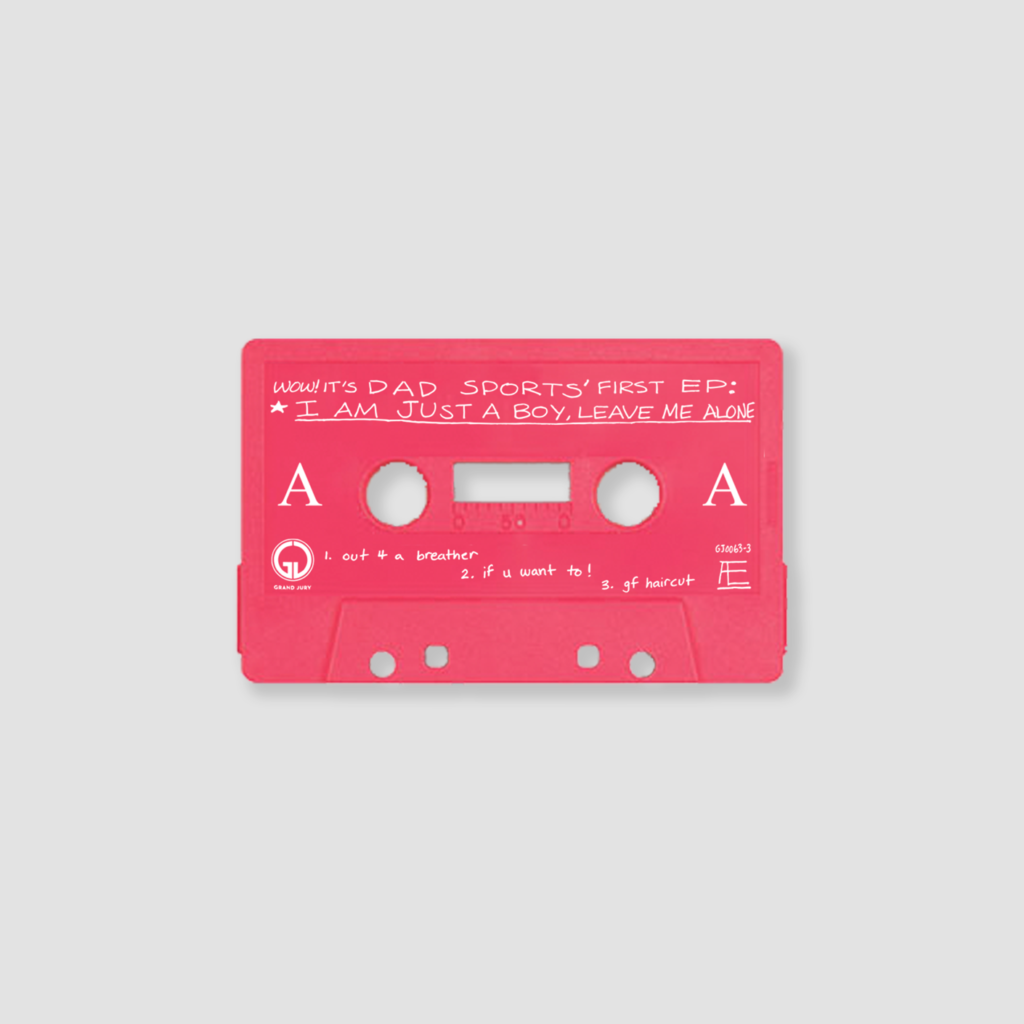