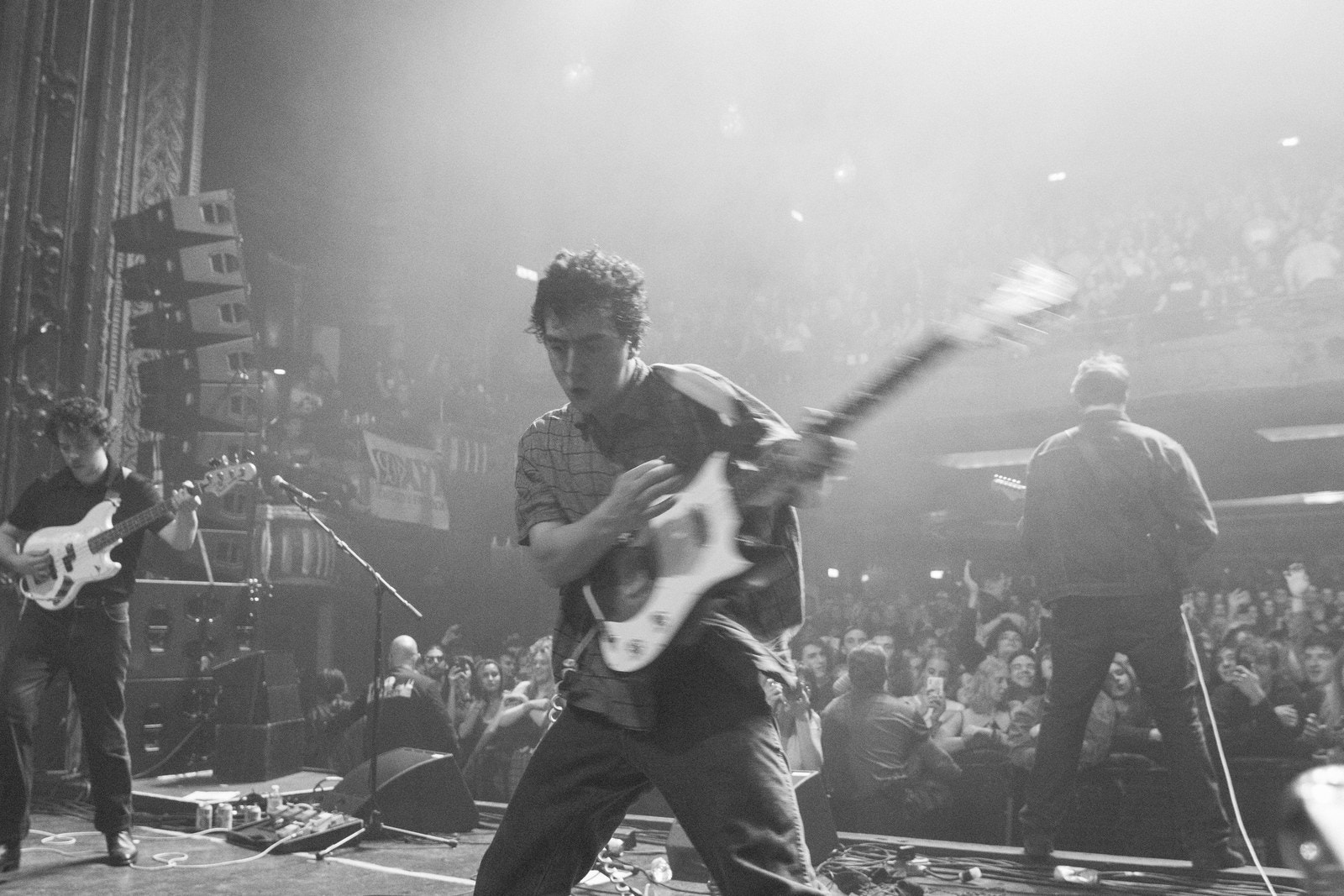 Preceding their North American tour later this spring, Twin Peaks – “one of Chicago’s most essential live acts” (GQ) – present two new singles/lyric videos, “Cawfee” and “St. Vulgar St.” Following their most recent album, Lookout Low, the two tracks are available digitally today and as a limited 7” on February 14th. All profits from the 7” purchased from the band’s webstore will be donated to WIRES to support rescue efforts for wildlife impacted by the Australian bush fires.

The band recorded the tracks in their studio with Andrew Humphrey at Treehouse Records in Chicago. “St. Vulgar St.” opens with dulcet guitar and staccato percussion, and “is inspired a bit by the Martin Bell movie Streetwise,” says Clay Frankel. “Cawfee”  is introspective, and features bright keyboard and anthemic guitar. “For ‘Cawfee,’ I’d like to shout out my good buddy Andre Baptista, who helped with lyrics in a little backstage room in Milwaukee. Enjoy.”  Both accompanying lyric videos feature James Swanberg.

“The accompanying lyric videos were a rather last minute idea meant to answer the question ‘is there any way for a lyric video to not be dumb?’” says Cadien Lake James. “Lyric videos are funny because they ride this weird line where if it’s too simple, say text on a screen, it’s boring, but it’s not meant to be too nice — the stakes are meant to be lower. Our friend James Swanberg is an incredible performer and a scene figure, and it occurred to us it might be funny to have him try to karaoke the songs without really knowing them. He did great!”

The “Cawfee” b/w “St. Vulgar St.” 7” is available for pre-order exclusively via the band’s webstore and Bandcamp.