We are elated to announce Twin Peaks’ new album, Lookout Low, due September 13th via Grand Jury. Where their last LP, 2016’s Down In Heaven, and 2017’s Sweet ‘17 Singles compilation were adventurous and compelling updates on their youthfully raucous formula, their fourth album, Lookout Low feels like a total revolution. Their most deliberate and seamless record yet, the album is a collaborative triumph, propelled forward by Twin Peak’s near-decade-long bond.

For Lookout Low, the five of them – guitarists Cadien Lake James and Clay Frankel, bassist Jack Dolan, multi-instrumentalist Colin Croom, and drummer Connor Brodner – committed to work countless hours in their studio and practice space. Meeting daily, they demoed 27 songs and relentlessly rehearsed them, eventually whittling down to a select ten tracks. The album was recorded at Monnow Valley with legendary producer Ethan Johns (Paul McCartney, U2, Kings of Leon), who lauds Twin Peaks as “the best Rock and Roll band I’ve heard for a very long time.” Already a well-oiled live unit, the band’s mission was to capture the exhilarating vibe of their shows. Often, they thrived on the thrill of live recording, going with the magic of the original first take. This life-affirming burst of adrenaline seeps into every facet of the LP.

Each individual member of the band upped their songwriting for the LP. These tracks are their most impressive offering yet – confident, experimentative, and bursting with energy. Throughout, Croom wrote horn arrangements that at times evoke the soulfulness of Allen Toussaint and the burly Americana of the E Street Band. The auxiliary percussion from drummer Kyle Davis expands the already breezy and expansive compositions. OHMME’s Macie Stewart and Sima Cunningham contribute their spectral harmonies on seven of the 10 tracks.

Lead single / video “Dance Through It,” a horn-infused, soul-inflected swing, champions the energy found across the album. The video was directed by Ariel Fisher and Léo Schrepel in Berlin. “Writing and arranging ‘Dance Through It’ felt like a dive into and embrace of experimenting with a new palette for us,” says James. “After having been directly involved in the creation and direction of all of our videos, it felt fitting to allow this song the breath of collaboration in having Ariel Fisher take the helm and run with it.”

“Working with Twin Peaks on this visual concept felt synergetic,” says Fisher. “We shared a mutual love for the film Fallen Angels and wanted to tell a story where the camera angles and lenses gradually shift as the narrative progresses. We wanted the viewer to become the participant, as we step into the actress’s shoes and begin to see the world as she sees it.”

In conjunction with today’s announcement, the band expands their North American tour. They will bring their live shows across the states, including to Chicago’s Riviera Theatre (the band’s biggest hometown headline show to date), Los Angeles’ Teragram Ballroom, and New York’s Webster Hall, in addition to dual shows at Nashville’s Basement East, Boston’s The Sinclair, and more. Tickets for newly-announced shows (full itinerary below) are on sale this Friday, July 19th at 10 AM local time, when they’ll be available over on the Twin Peaks artist page. 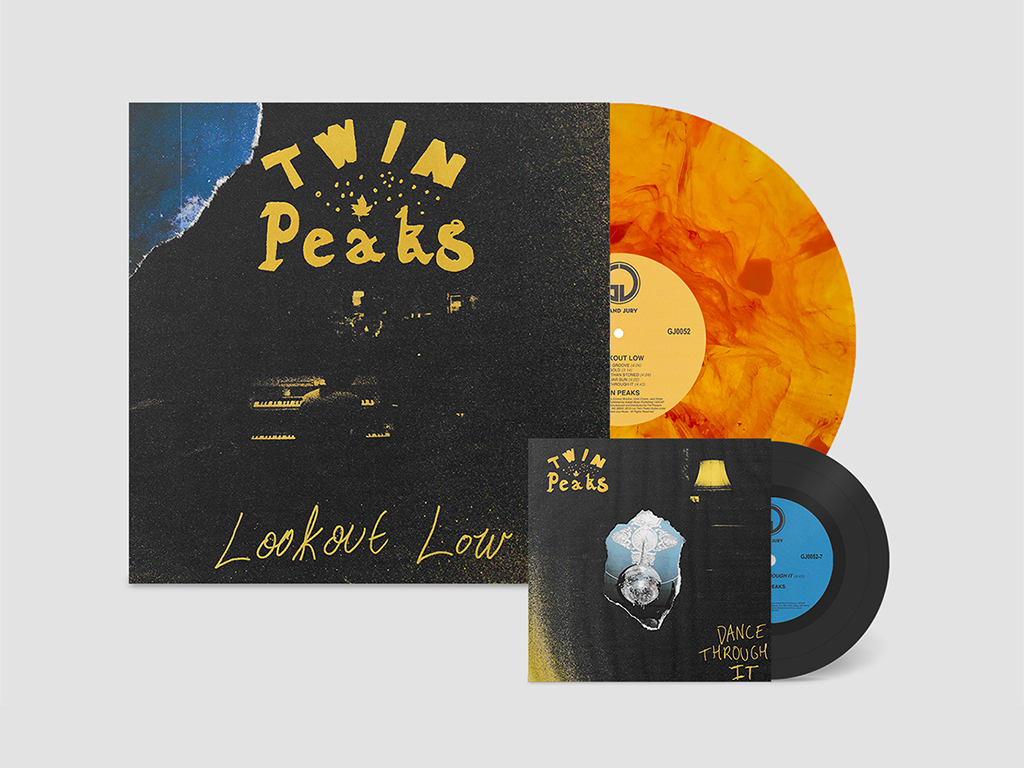 Fans can pre-order Lookout Low starting today. The standard version is available over in the GJ shop. Two different exclusive color pressings are available for pre-order via indie record shops. When US fans pre-order at participating stores they’ll get a “Dance Through It” 7″, which features an unreleased song on the B-side, and will be able to return to the point of purchase to pick up Lookout Low on September 13th. The album is available on Orange Swirl LP, pictured above, or on a Chicago-area exclusive Electric Blue LP, pictured below. A full list of participating stores is available here.

The Chicago exclusive version will be available in the following Chicago-area indie retail locations: 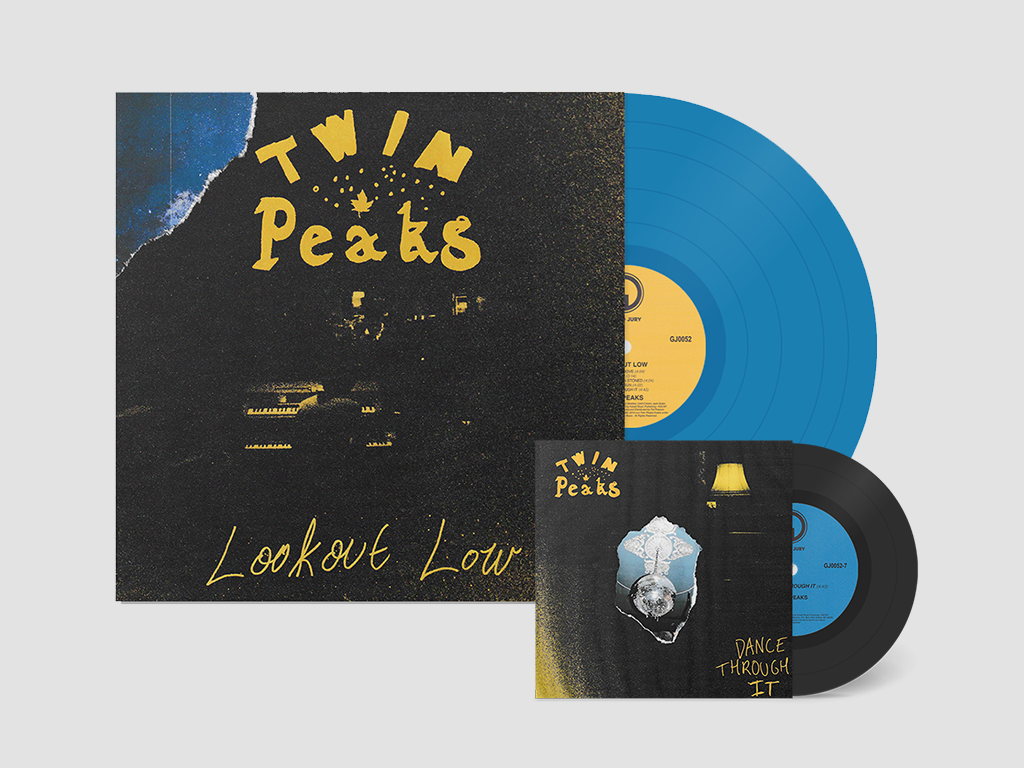