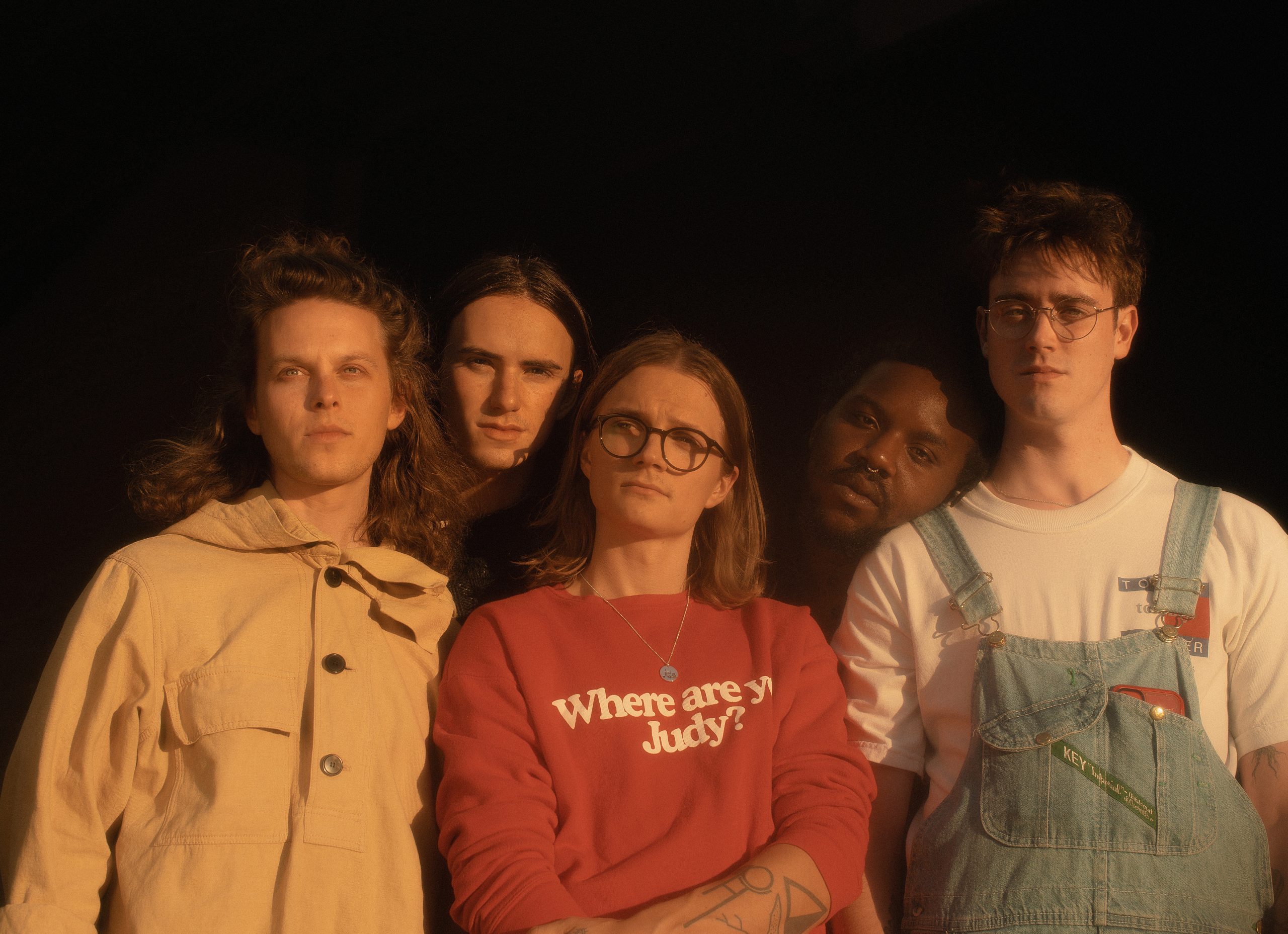 Yesterday, Hippo Campus released their new single, “Ride or Die,” along with its looping Joe Pease-directed music video. To celebrate the release the band also surprise-delivered free flexi discs to their friends at indie record shops. That’s right, 1,000 limited edition flexi discs featuring the single have been scattered all over the globe at record stores in the US, UK, Australia, New Zealand & Japan. They’re free and available while supplies last.

(UPDATE 7PM JAN 10TH: SHIPPING DELAY: Some packages of free ‘Ride or Die’ flexi discs meant to arrive by this morning have run into shipping issues in the US & New Zealand. Several retailers are still waiting on their copies, but all are in transit. We are so sorry for the inconvenience!) 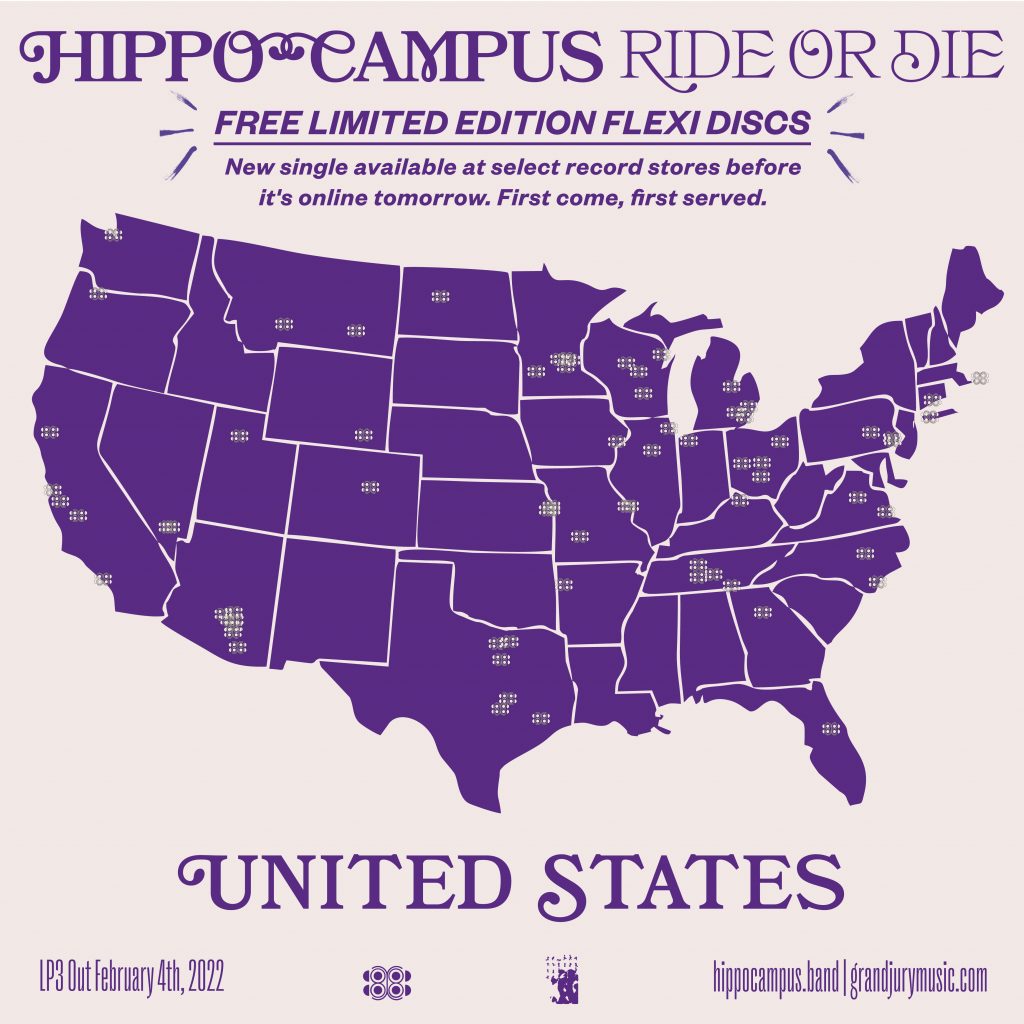 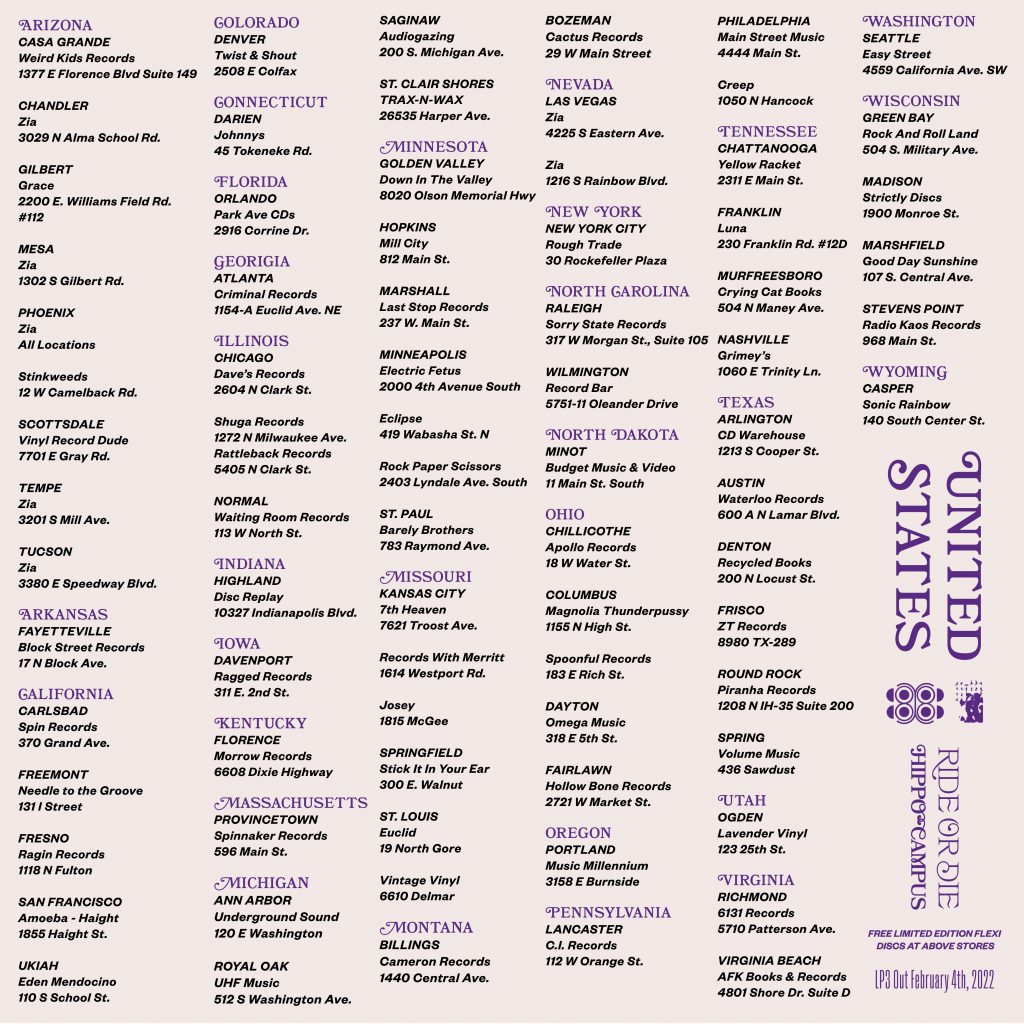 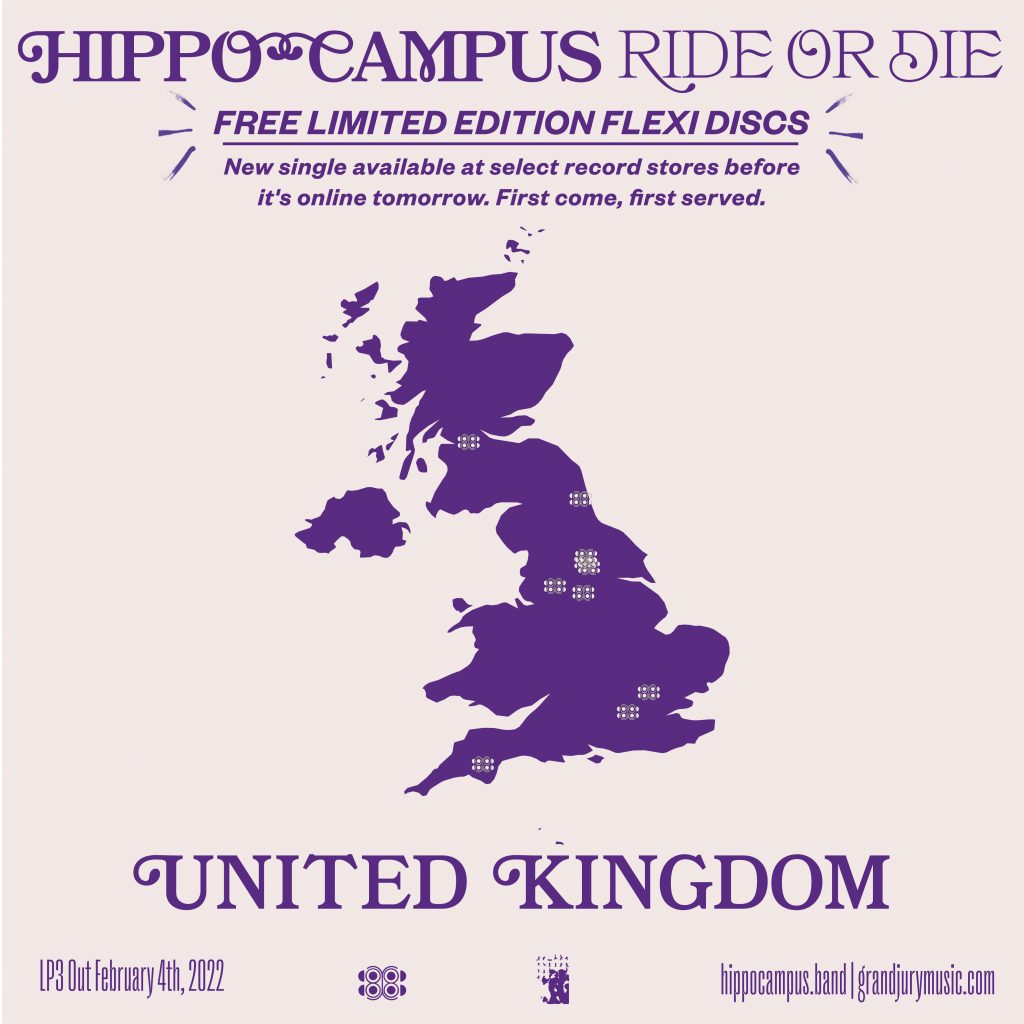 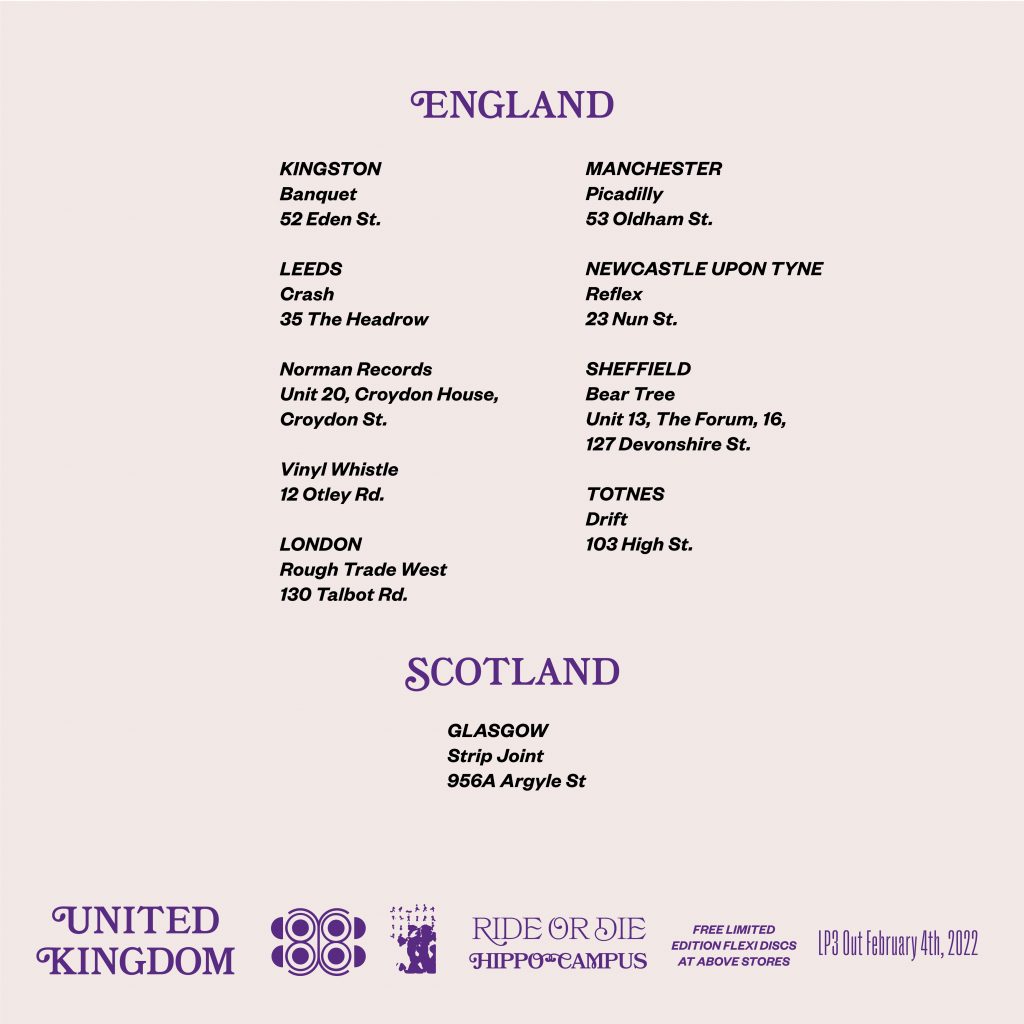 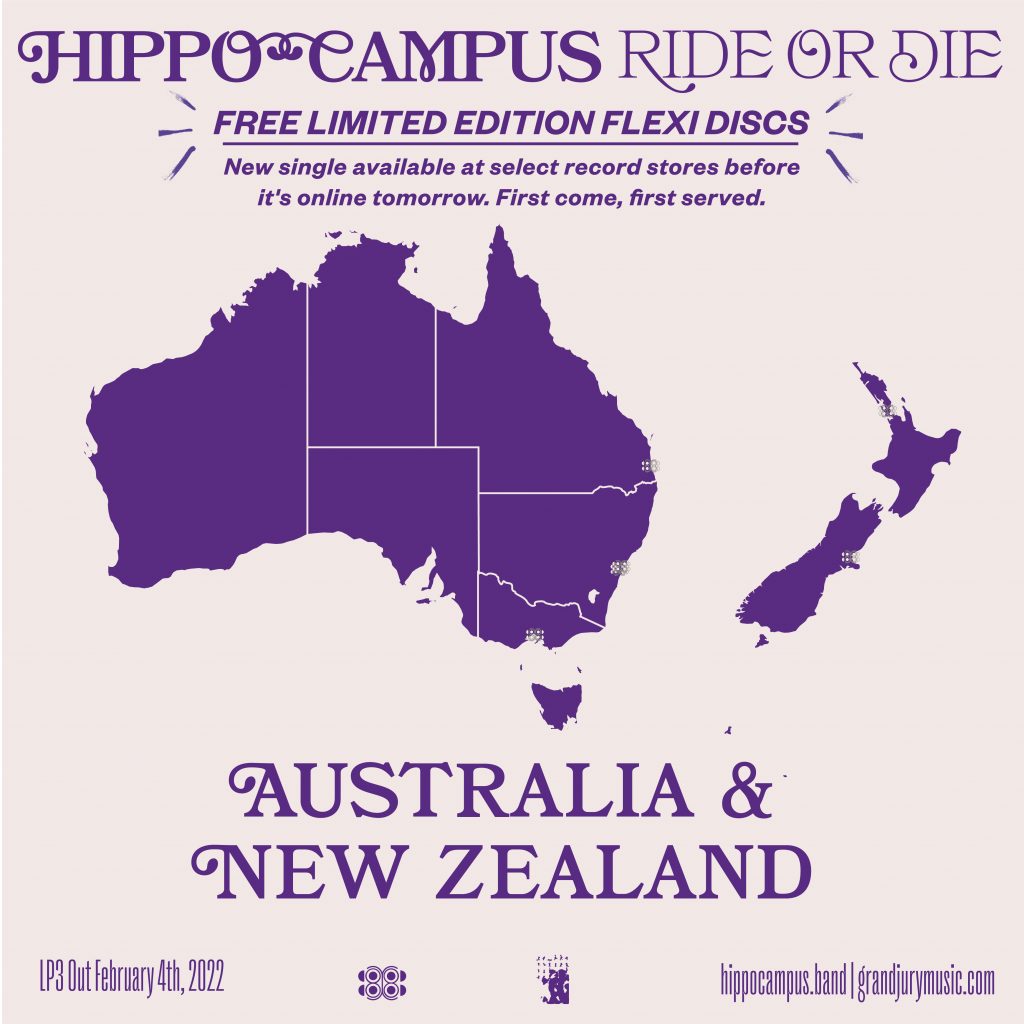 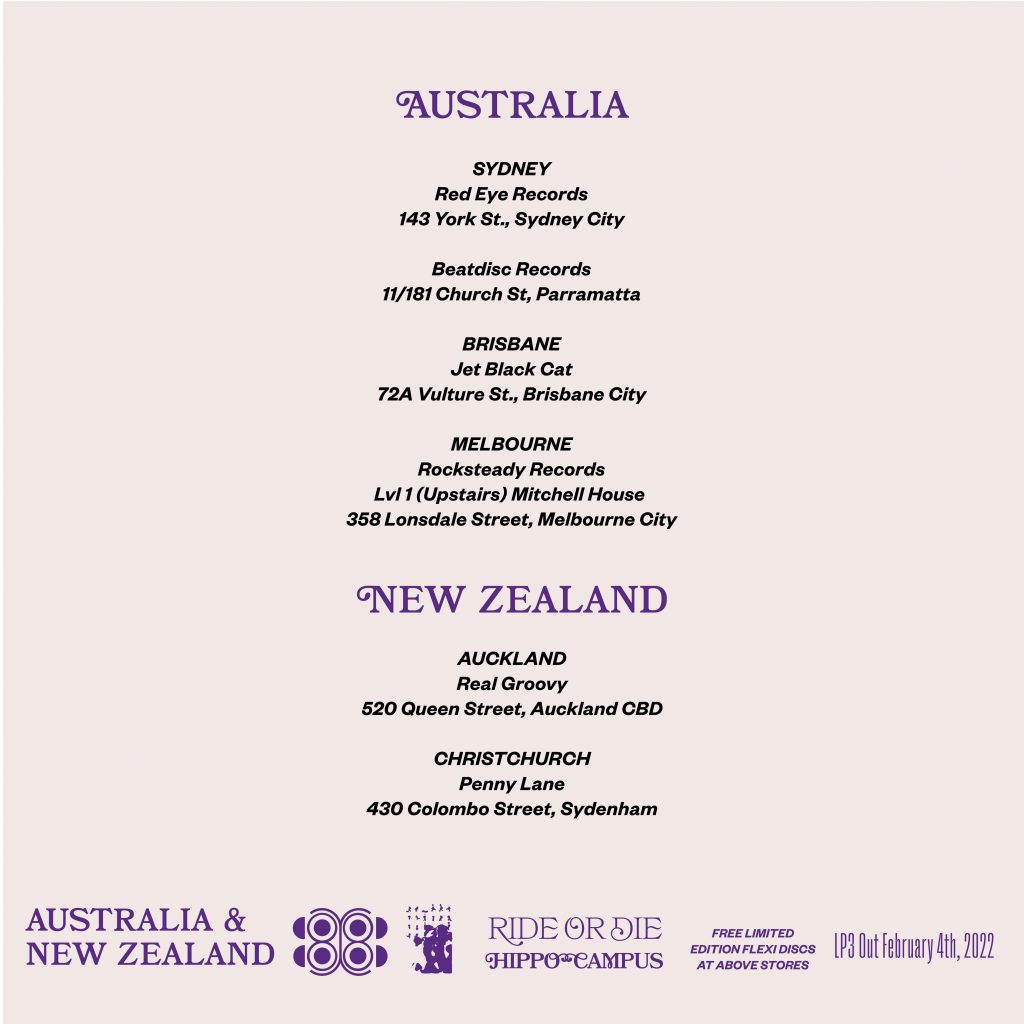 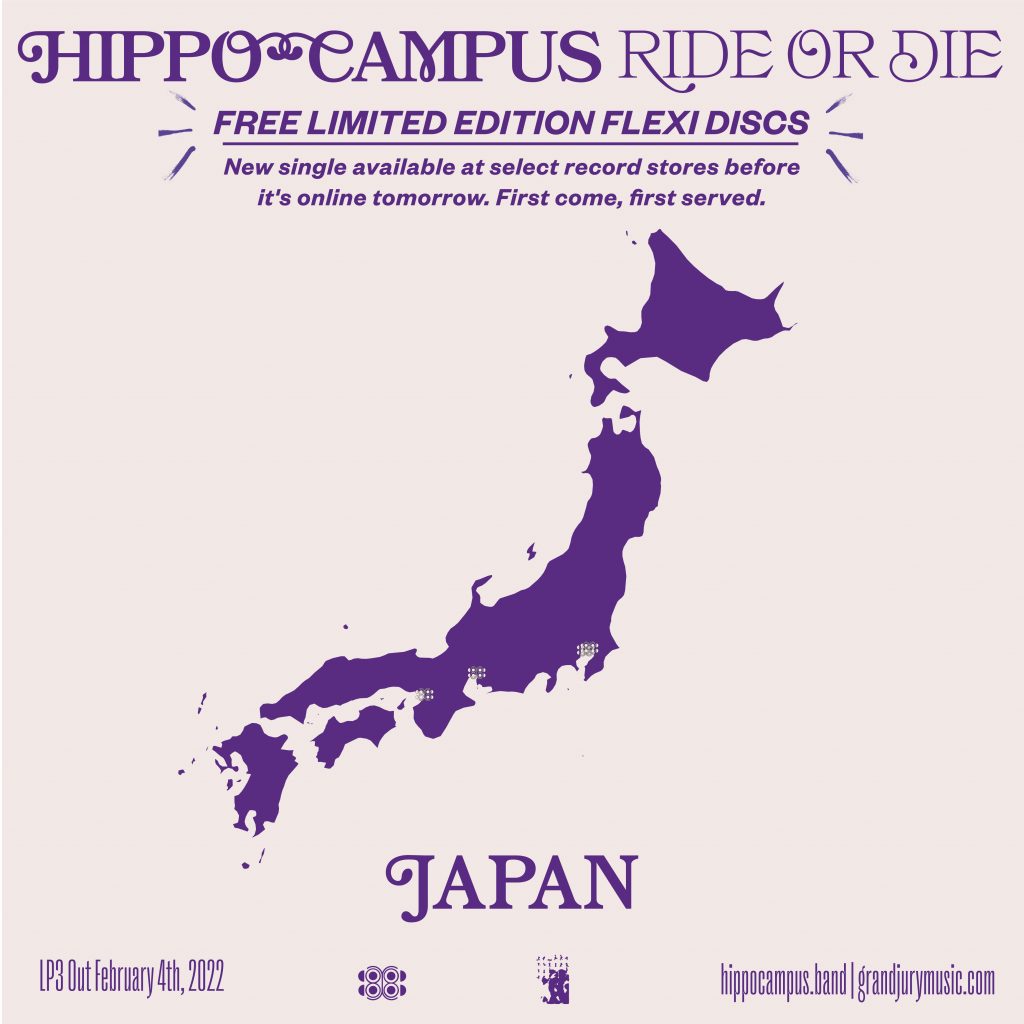 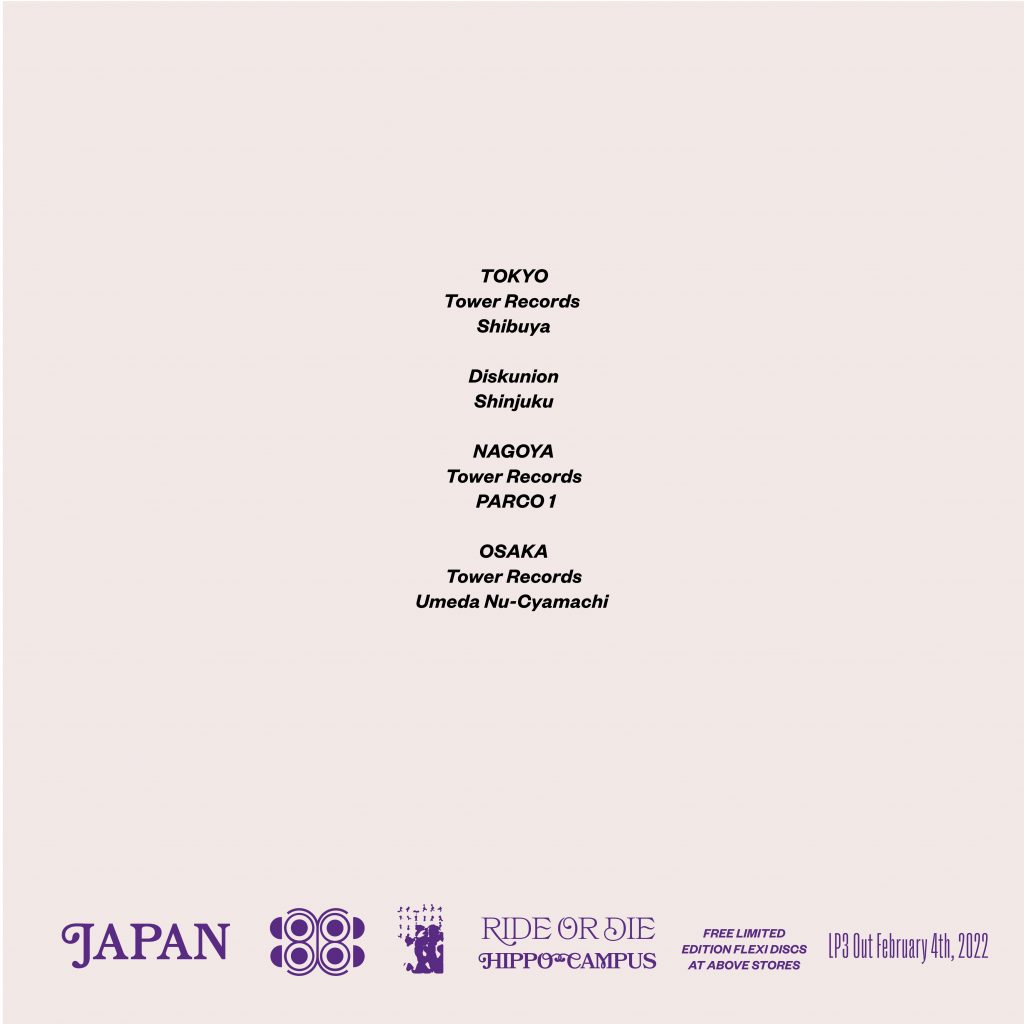