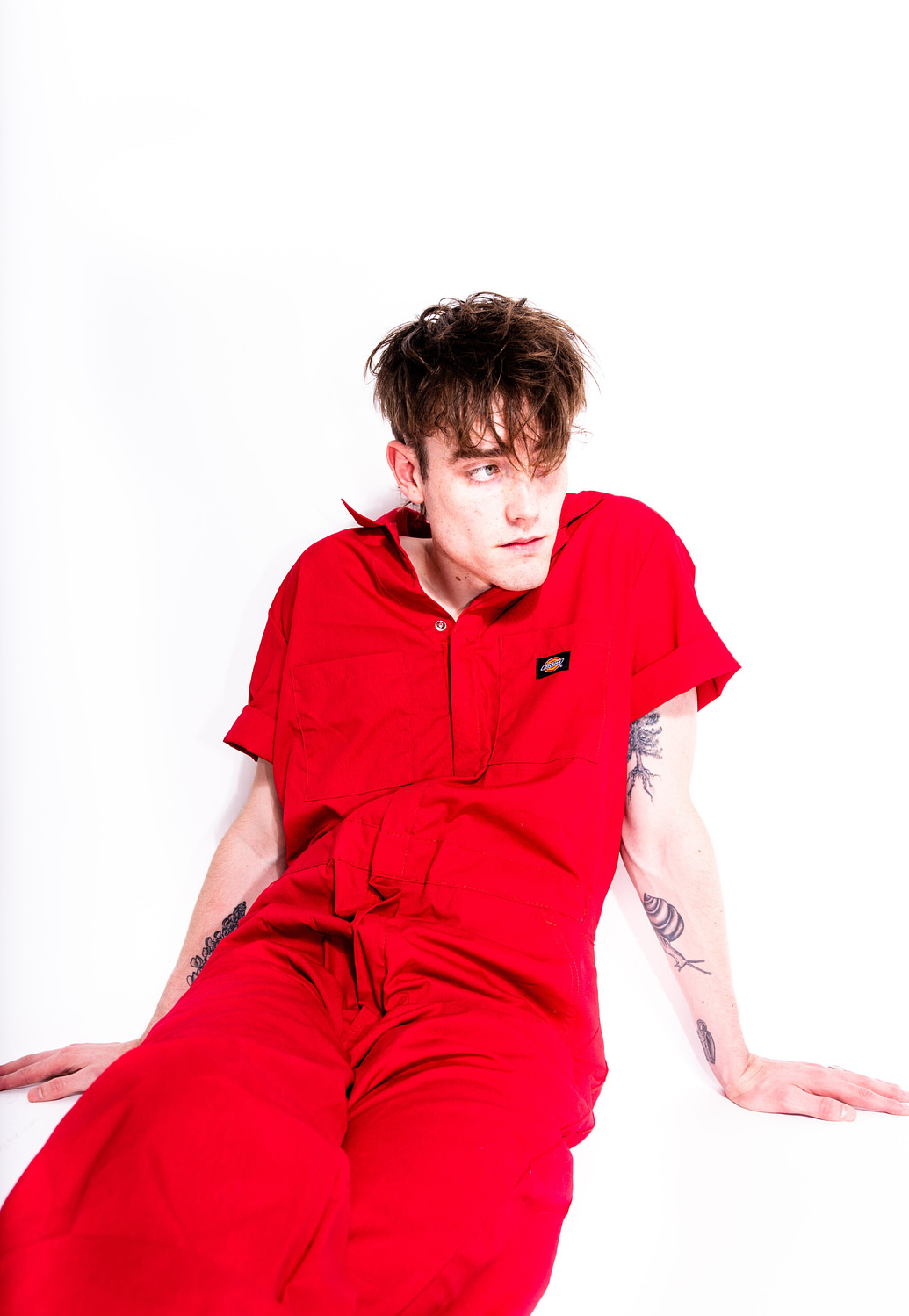 Today, our very own Jake Luppen celebrates the release of his debut solo album, Lupin. We’ve known Jake for years, and we’ve had plenty of opportunities to beam with pride as he’s grown into one of the most impressive songwriters and musicians we know. But today we beam the brightest. Lupin is a fully actualized vision, an exploration of ideas that sound both at home and totally foreign to the worlds of Hippo Campus and Baby Boys. It’s part futuristic funk-infused R&B, part maximalist mutant pop, part art-damaged indie rock.

Earlier this week, Jake offered up “KO Kid,” a sonic fever dream bolstered by a thunderously sluggish beat and Luppen’s trademark falsetto, coyly dipping in and out of the proceedings. Like the rest of the album, the production here from longtime Luppen collaborator BJ Burton somehow manages to be both understated and bold, replete with keys from Frank Ocean keyboardist Buddy Ross and drums from JT Bates, whose most recent credit includes the new Taylor Swift album. The song is accompanied by a fittingly surreal claymation acid trip, embedded above, that perfectly conveys the anxious energy of the song, directed by Karla Mellett. Of the song, Luppen explains:

“I had the KO Kid guitar progression for a long time before I eventually worked it into a finished track. I was having a really difficult time trying to write a melody over it, so one day I decided to just improvise the vocals for the verses, which is why the melody feels more off the cuff than the other songs. The lyrics allude to the night I told my girlfriend at the time about my attraction to a non-binary friend. I’ve spent most of my life repressing my attraction to people that didn’t identify as women, so I wrote the idea of the KO KID-character as a way to fight those inhibitive and self-imposed judgments.”

Written mainly in breaks during a sprawl of 112 shows for Hippo Campus’ Bambi from 2018-2019, Lupin was an unexpected path to confidence. It also offered an escape from the grind of endless touring and a way for Luppen to process major and stressful life events directly through songwriting. Like “Vampire,” which, despite its lilting undulating synths, was written by Luppen after a CT scan revealed an abnormal mass on his brain, leaving him under the impression he was dying. Or “Lazy,” one of the first major break-throughs of the record, which deals with depression destroying self-image and struggling to build a new support system in the wake of a break-up. It’s a record that opens up both lyrically and musically and reaps the benefits of that candor over and over.

Get your copy in our shop now or wherever you stream music.