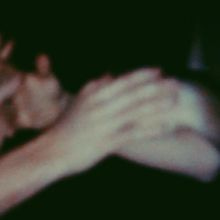 Mothers share new single “It Hurts Until It Doesn’t”

Behold! The new single from Mothers, “It Hurts Until It Doesn’t,” was released yesterday over on Stereogum. The band is spending the next few days in NYC basically playing another show every few hours – plenty of chances to catch them if you’re in town for CMJ.

NYMag’s Vulture had this to say, and we agree: “Mothers is one of the most talked-about up-and-coming acts on this year’s never-ending roster. The lo-fi guitar on “it hurts until it doesn’t” is matched by lead singer Kristine Leschper’s haunting voice, which sounds both plaintive and threatening at the same time. All evidence suggests this quartet from Athens, Georgia, will live up to the hype.”