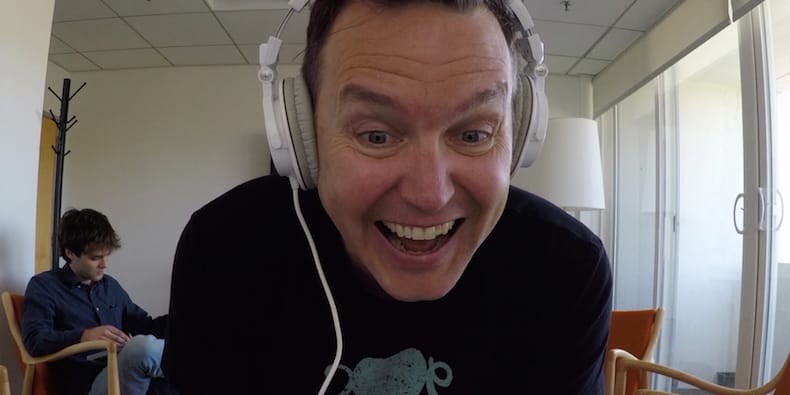 A punk, a podcast host, an appreciator of the octopus – Blink 182’s Mark Hoppus is many things. Thankfully for us, he is also a fan of Day Wave. The two connected on Twitter after “Drag” appeared on Beats 1 and somehow Jackson convinced Mark to appear in one of his music videos.

And here’s that video, premiered this morning over on Pitchfork. Inspired by this viral YouTube video – “Fr. Roderick watches the Star Wars trailer” (which you should def watch first for context and a few lols) – Jackson teamed up with director Ryan Baxley (FIDLAR, Twin Peaks, Kate Nash) to produce a similar reaction video for “Stuck.” It’s pretty captivating: there’s space boobs, a drunken grizzly bear, and latent existential meaning.

So sit back, relax, take off your pants and jacket and watch the new video to “Stuck.”