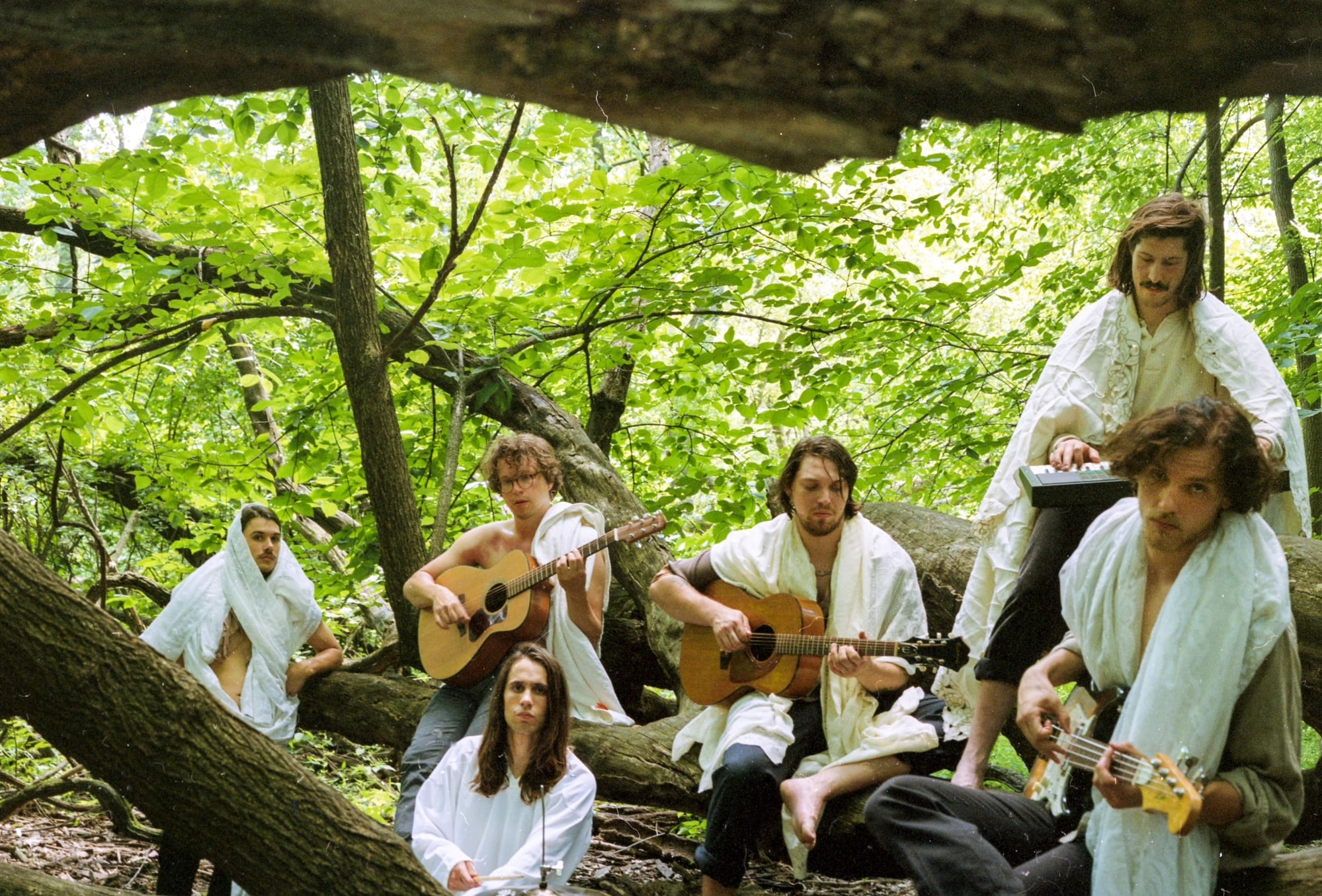 Today, Column release their debut 7”, “I & II.” To celebrate the release, they follow-up the black and white Alex Leeds-helmed video for “II,” with the A-side of the 7”. The “I” video, premiered this morning over on Alt Citizen, finds a robed-Column performing deep in the woods, as our wandering protagonist sets out on a journey in search of answers. It was directed by Tim Nagle and is exactly as trippy as it sounds. Pick up the 7″ over in our shop, or stream the tunes wherever you do that sort of thing.