Recent Release: How It Ends
Recent News: TOLEDO debut album, How It Ends, out now 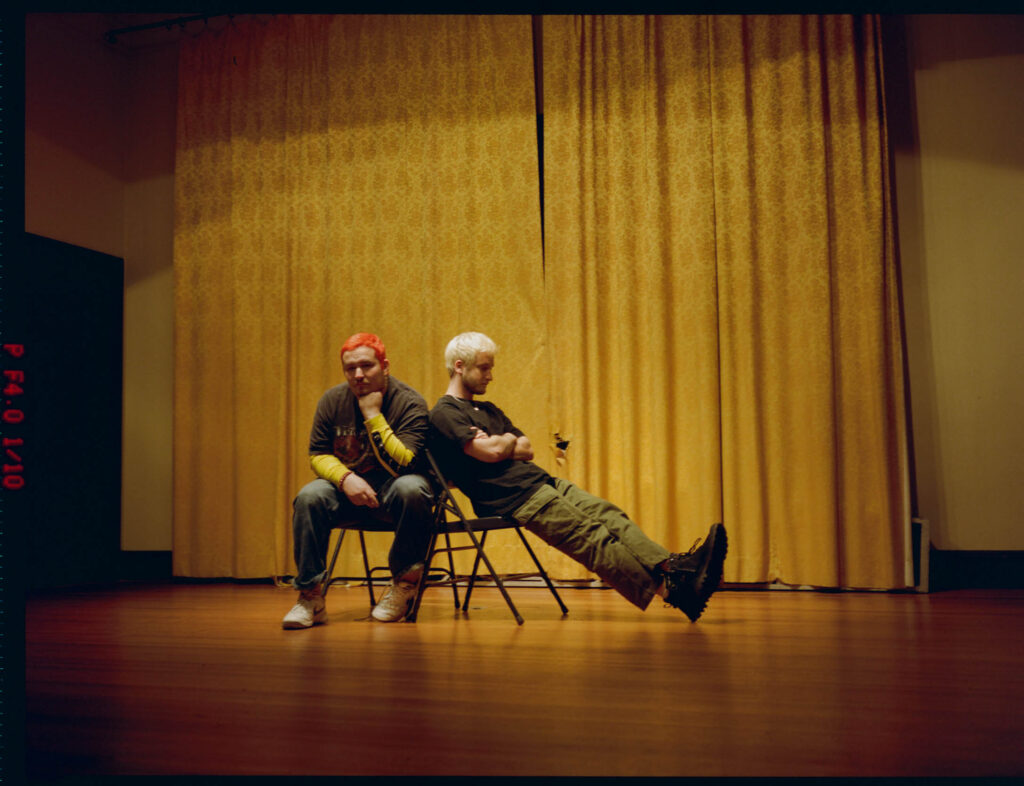 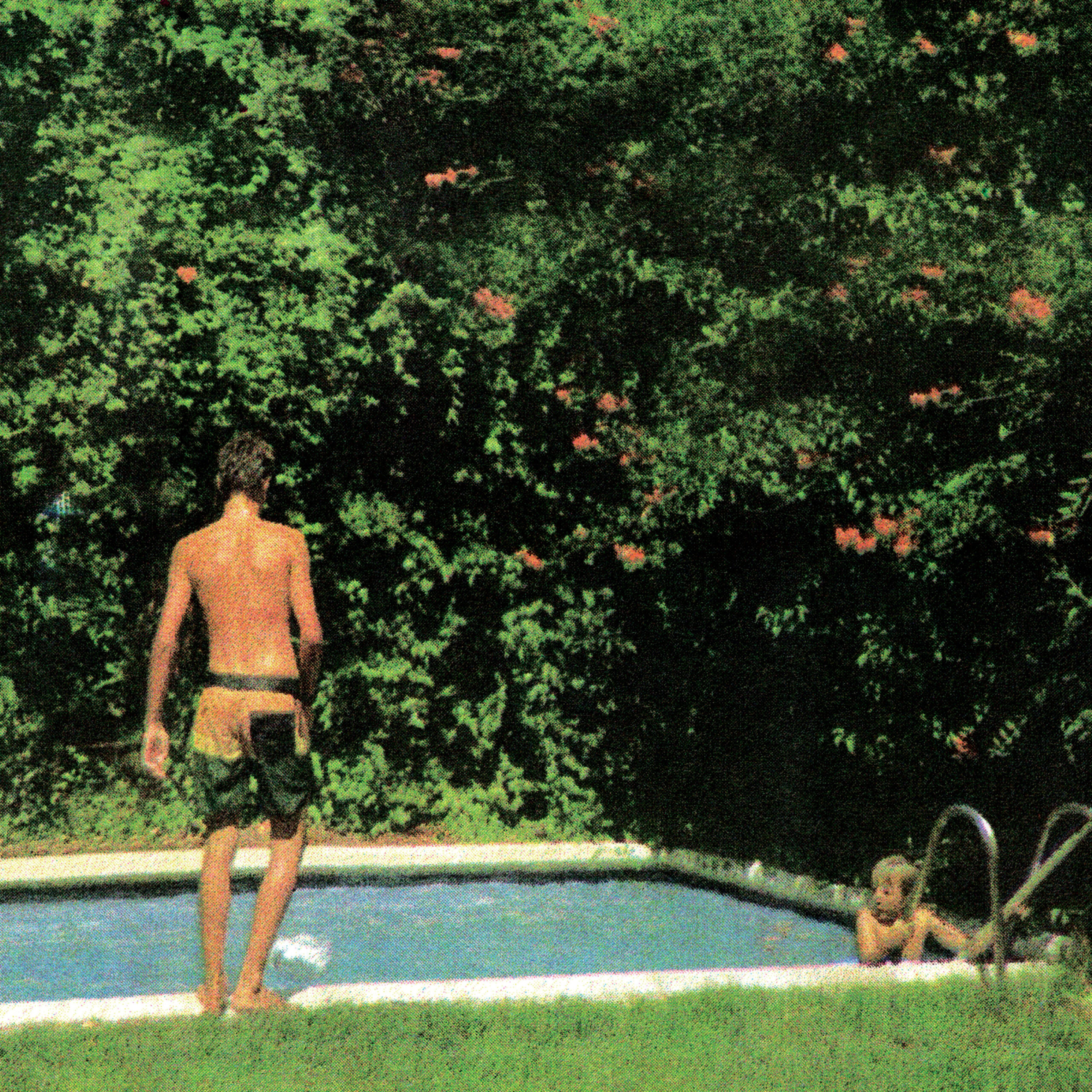 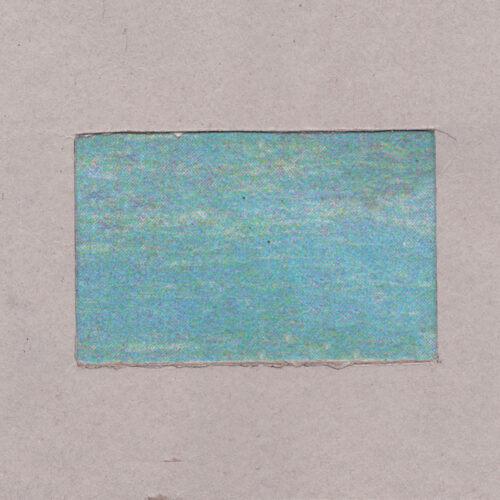 Dan Álvarez de Toledo and Jordan Dunn-Pilz have a special bond. Growing up in Newburyport, Massachusetts, the two were fast and unshakable friends through sleepovers, school choir practices, and discovering formative bands, to the point that now, as roommates in Brooklyn, they finish each other’s sentences. This shared history and obvious love for each other are tangible in their songwriting project TOLEDO, named after the Spanish town and Álvarez’s  familial namesake. Their music, which is full of seamless harmonies throughout, skirts the softer edges of indie rock and the darker fringes of pop with each song imbuing a heaping dose of vulnerability and emotional openness.

On How It Ends, their debut album which is out September 23 via Grand Jury Music, the two dive into each other’s family histories and traumas as they navigate their own lives as twenty-something musicians. These tracks are striking for their blunt honesty but also for the way Álvarez and Dunn-Pilz’s real-life chemistry translates on record: the 12 songs are as tender as a warm hug and as clarifying as a needed reality check. This LP is the product of deep self-reflection and the necessary hard work that comes with any relationship.

Though TOLEDO has written heartfelt songs about breakups and growing up on their EPs, 2019’s Hotstuff and 2021’s Jockeys of Love, this album marks the first time they’ve truly looked inward. “As best friends, we know what’s going on in each other’s lives and we’ve been there for most of them,” says Dunn-Pilz. “We’ve been saying for a while that we should write around these experiences with our families.” With Álvarez and Dunn-Pilz approaching the age of their parents when they had them, the two decided to look back on how the relationships they witnessed as kids influenced them now. They navigated difficult memories of divorce, their parents’ messy marriages, and the ups and downs of family life. “Everything feels like it still connects back to the influence from your parents,” says Álvarez. “You watch two people being in love or falling out of it and realize what that does to you. It affects who you are and the relationships that you have now.”

While not specifically about family, lead single “L-Train,” the first song Álvarez and Dunn-Pilz wrote for How It Ends serves as an emotional and thematic preamble for the rest of the LP. Despite the breezy arrangement complete with ambling banjos and soft falsetto, the song is about the kind of hangover that leads to a tough realization. “And I don’t wanna do this anymore / I wanna know me better,” they sing in harmony. “This was one of our earlier experiences with writing something that was a little more emotionally complex that wasn’t about a breakup,” Dunn-Pilz explains. “It was self-reflective and about a time we were using alcohol to escape because we weren’t ready to think about it but writing this helped us open up.”

The writing sessions for How It Ends were swift, productive, and cathartic. They rented out a church in their Massachusetts hometown during the winter of 2021 for a week of writing where they hashed out the majority of the record. “We’re better when we have to be impulsive and improvise: It allowed us to not overthink it,” says Álvarez. Opener “Soda Can” dives into their friendship: the nights Dunn-Pilz spent with Álvarez’s family escaping tension at home. Over glistening guitars, Dunn-Pilz, “It’s hard to see what you want/sitting at the table/arm in arm / a mirror up to everything that you’re not.” Elsewhere, songs like the rocking title track dissect the dissolution of Dunn-Pilz parents’ marriage. They sing, “So I’ve given up on believing / that everybody gets a chance.” Along with the searing rage in “Flake,” it’s the album’s most blistering and raw track.

For Álvarez and Dunn-Pilz, the record’s themes were so nostalgic they seeped into the arrangements: tweaking the formula of adult contemporary radio hits. It’s the same music their parents would play driving around their hometown. Take “Climber,” which feels like Pinback reimagining a Sixpence None the Richer single. The song comes from an empathetic place examining the dynamics of Álvarez’s parents’ relationship. They sing, “I want to feel like I matter the way you do.” Because the writing was so personal, TOLEDO, who also both run a recording studio out of their Brooklyn basement, recorded and mixed everything themselves. “This music feels so our own that making it has to be our own too,” says Álvarez.

Where the first half of the LP deals with the turbulent emotions of lingering trauma, the second half finds something close to acceptance and even gratitude. Songs like the closer, “Fixing Up the Back Room,” which like a handful of songs on How It Ends feature additional vocals and production from Jay Som’s Melina Duterte, boast heart-wrenching lines like, “I will make mistakes / and hurt you too / but you will never doubt my love for you.” Dunn-Pilz explains, “We talked so much about what we are getting from our parents and realized how much love it must take to raise a kid.” He adds, “Sure, we inherited some things we need to process but we also got this huge capacity for love.”

TOLEDO debut album, How It Ends, out now 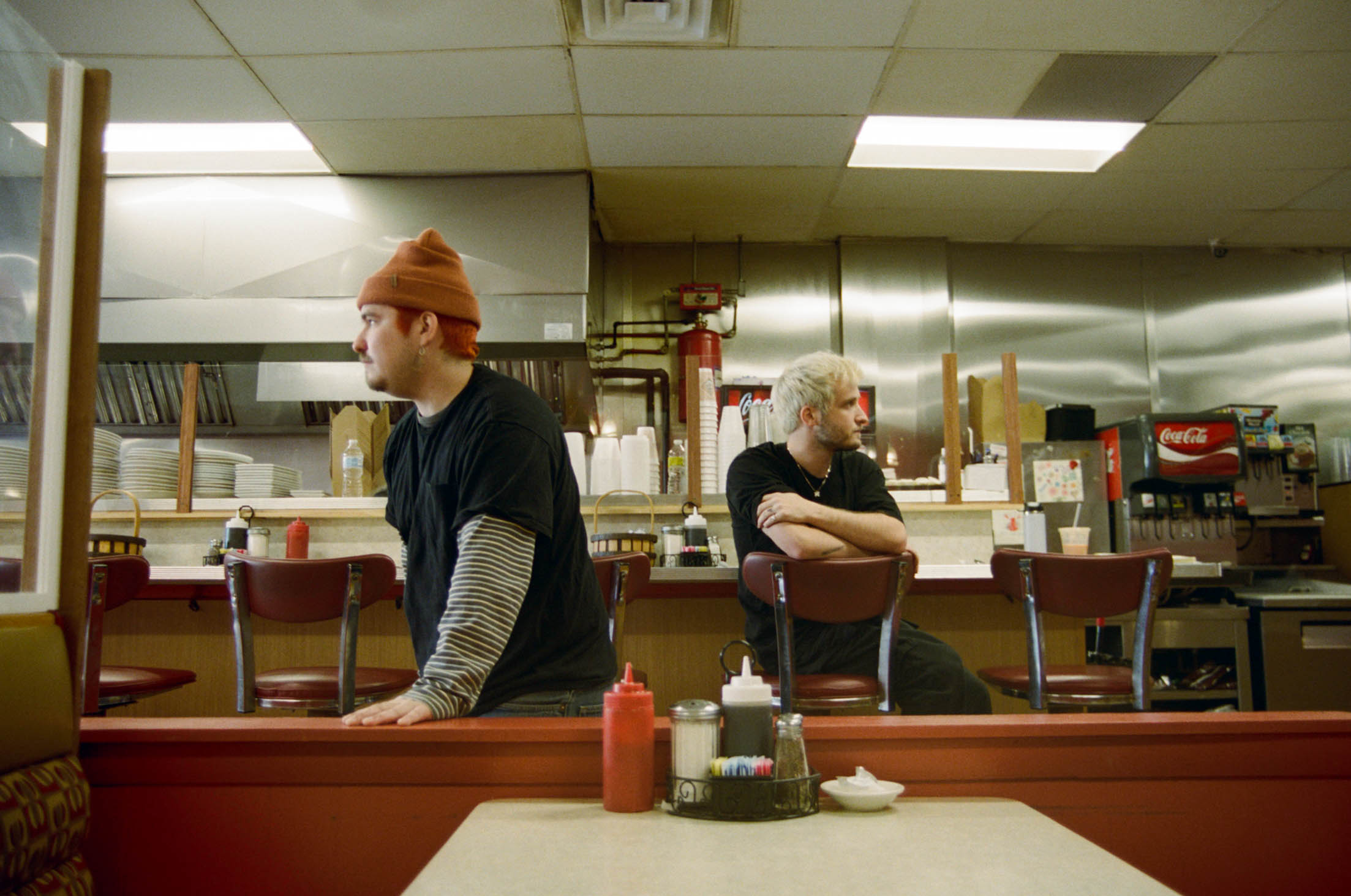 Companion single, “What Happened To The Menorah?”, also out today

View More TOLEDO Videos
We use cookies on our website to give you the most relevant experience by remembering your preferences and repeat visits. By clicking “Accept All”, you consent to the use of ALL the cookies. However, you may visit "Cookie Settings" to provide a controlled consent.
Cookie SettingsAccept
Manage consent