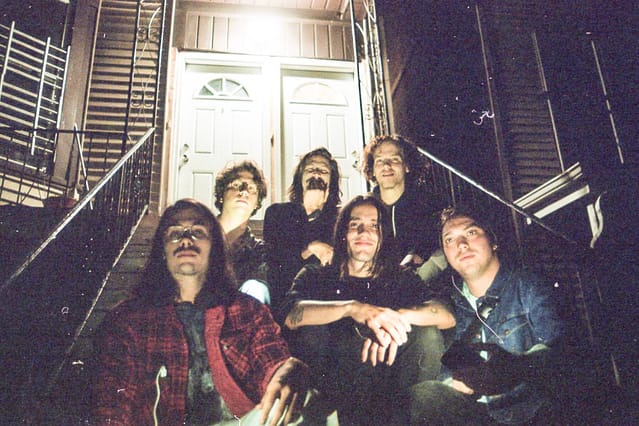 In February 2017, Twin Peaks took Post Animal on a short tour of Michigan. Within a month, and on the tails of their budding friendships, Cadien James of Twin Peaks moved into a home with all five members of Post Animal: Dalton Allison, Jake Hirshland, Javi Reyes, Matt Williams, and Wes Toledo.

But while touring and recording continued for their other projects, Column sat waiting, oft discussed but still unfinished for nearly two years. Then, in January of 2019, the words were written and tracked swiftly. The songs were mixed with the assistance of good friend R. Andrew Humphrey and with that, “I” & “II,” Column’s debut 7″,  was finally complete.

View More Column Videos
We use cookies on our website to give you the most relevant experience by remembering your preferences and repeat visits. By clicking “Accept All”, you consent to the use of ALL the cookies. However, you may visit "Cookie Settings" to provide a controlled consent.
Cookie SettingsAccept
Manage consent