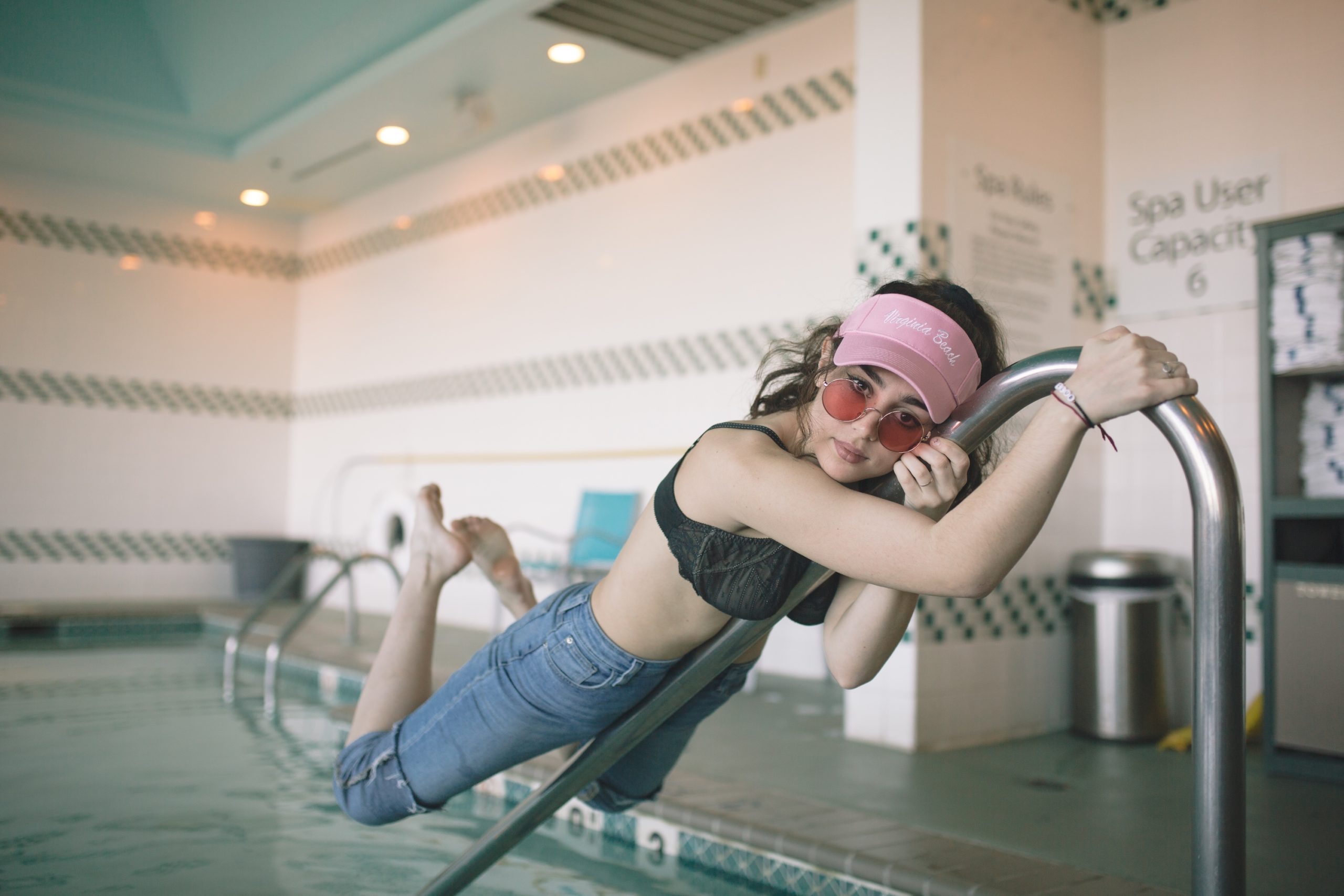 Today you can hear two new songs from Samia’s forthcoming debut, The Baby. The double single pairs the wistful yet buoyant “Big Wheel” against the stark, lowlit heartbeat of “Stellate.” While it showcases two distinct sounds from the album, the songs are bridged together by the twin themes of internal and external conflict.

“’Big Wheel’ is about avoiding conflict at any cost,” Samia shares. “I wrote it after a few hours of laying in bed imagining hypothetical conversations with people that I was too scared to have in real life. It’s a passive confession of harbored resentments buried in a laundry list of gratitude.“

On “Stellate”, she further struggles with confrontation and how such fears lead to a power imbalance between herself and her partner. “‘Stellate’ and ‘Big Wheel’ are both love letters to people/parts of my life I had trouble confronting conversationally,” she shares. “‘Stellate’ is a note to myself trying to make sense of old traumas and ‘Big Wheel’ is a plea to the people around me, but releasing them together feels like closing a chapter.”

The accompanying video for “Big Wheel,” directed by her drummer Noah Rauchwerk, presents another imbalance, this time between the IRL & URL world, as 3D avatars of Samia begin to spill out into an unsuspecting reality. It wasn’t until the video was underway that Rauchwerk stumbled over a second layer of meaning specific to the moment: “The combination of the nostalgic and joyous home videos with the unsettling 3D models says something to me about how Covid has forced us into our phones and the digital world even more,” says the director. “There’s this huge collective feeling from the loss of human interaction and most of the things that previously brought us so much joy and purpose. Watching shows online and listening to records is great, but nothing compares to sweating at a show with all your friends and screaming the words, or playing on tour with the people you love. Those experiences bring an overwhelming feeling of presence and life that we have all been missing.”

The Baby is coming August 28th, and is available for pre-order in our shop.